The Great Plains Zen Center is a member of the White Plum Asanga, a distinguished lineage that consists of Dharma heirs of Hakuun Taizan Maezumi, Roshi, and, in turn, their heirs.  Maezumi Roshi trained under a number of eminent masters in both the Soto and Rinzai sects, the two major schools of Zen Buddhism in Japan.  He established temples in the United States and Europe and is the founder of the Zen Center of Los Angeles.  Maezumi Roshi completed his Soto monk’s training at Sojiji monastery, one of the two main Soto monasteries in Japan.  In 1955, he received Dharma Transmission (Shiho) from his father.  He later received approval (Inka) from both Hakuun Yasutani Roshi and Koryu Osaka Roshi (a lay Rinzai teacher), thus becoming a Master in three Zen lineages, a rare and extraordinary achievement.  Below, you will find some details about his teachers.

Maezumi Roshi’s father, Baian Hakujun Kuroda Roshi, was head of the Soto Sect Supreme Court and one of the leading figures of Japanese Soto Zen.

As a student of Harada Daiun Sogaku Roshi, Yasutani Roshi took what he considered the strengths of the Soto and Rinzai sects and created a new lineage of Zen, the Fellowship of the Three Treasures.

Koryu Roshi was a Rinzai teacher who emphasized lay practice.  Koryu Roshi’s teacher, Joko Roshi, empowered him to remain a lay teacher and this emphasis on the validity and importance of lay practice continues at Great Plains Zen Center today.

Sudden Enlightenment
Get email notifications of new content on this site by entering your email address below! 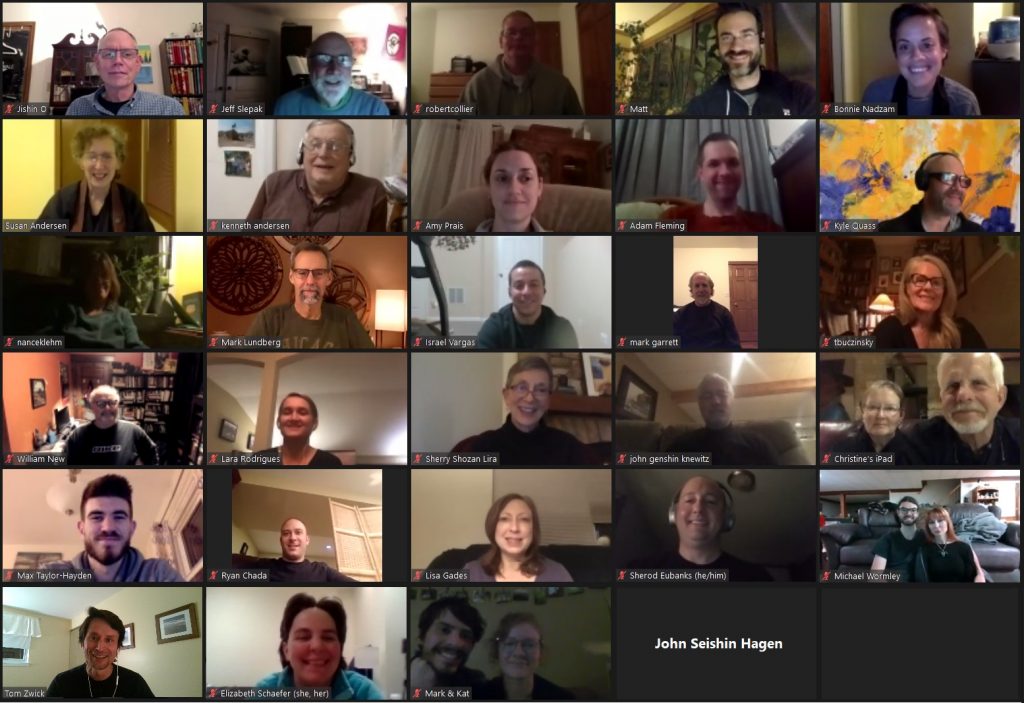 GPZC offers online sitting  days per week: Tuesday, Wednesday and Thursday mornings at 6 AM. There is one zazen period opening with the Gatha of …
Dec
14
Wed
6:00 am Online Sitting
Online Sitting
Dec 14 @ 6:00 am – 6:30 am

GPZC offers online sitting  days per week: Tuesday, Wednesday and Thursday mornings at 6 AM. There is one zazen period opening with the Gatha of …
View Calendar
Add